Fall in Provincetown (Part I)

Paul and I had the month of October off (between sits), so we decided to spend more time in P-town before heading south.  We found a perfect little apartment across from Carpe Diem on Johnson Street and rented it without thinking twice. 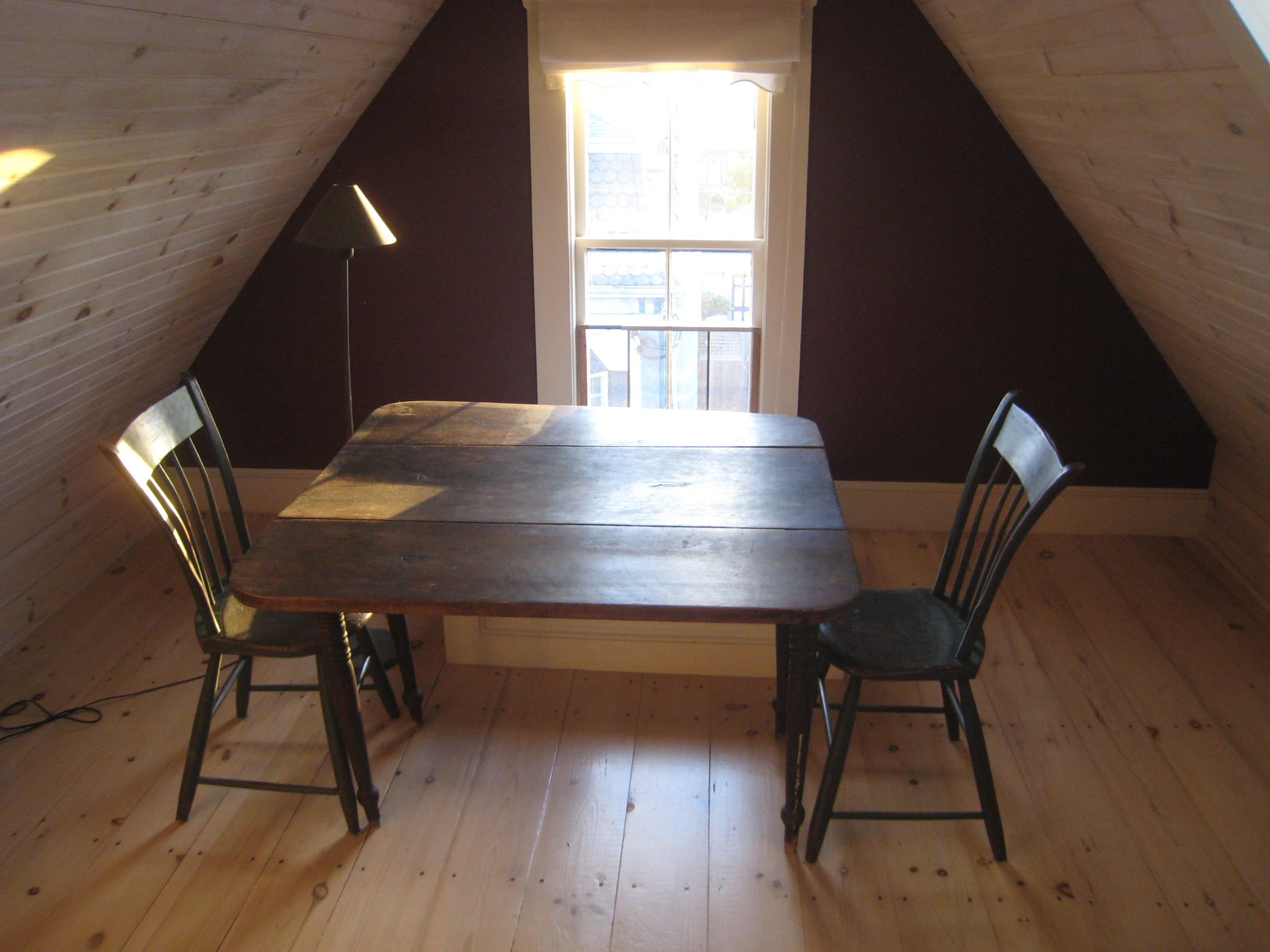 I loved this spot because to me, it felt like I had stepped back into the land of Anne of Green Gables, but with the Atlantic down the stairs and to the left.  Not to mention Commercial Street.  Thank you, David, for a wonderful month in your home sweet home!

One thing Paul and I both wanted to do was spend more time exploring the Cape Cod National Seashore.  I fell in love with the Seashore while reading Joan Anderson’s books, and then the book Master of the Sweet Trade by Elizabeth Moisan, after meeting her at the Cultural Center of Cape Cod.

The Cape Cod National Seashore was established as a National Park almost fifty years ago.  It is the most pristine stretch of shoreline either of us have ever seen. 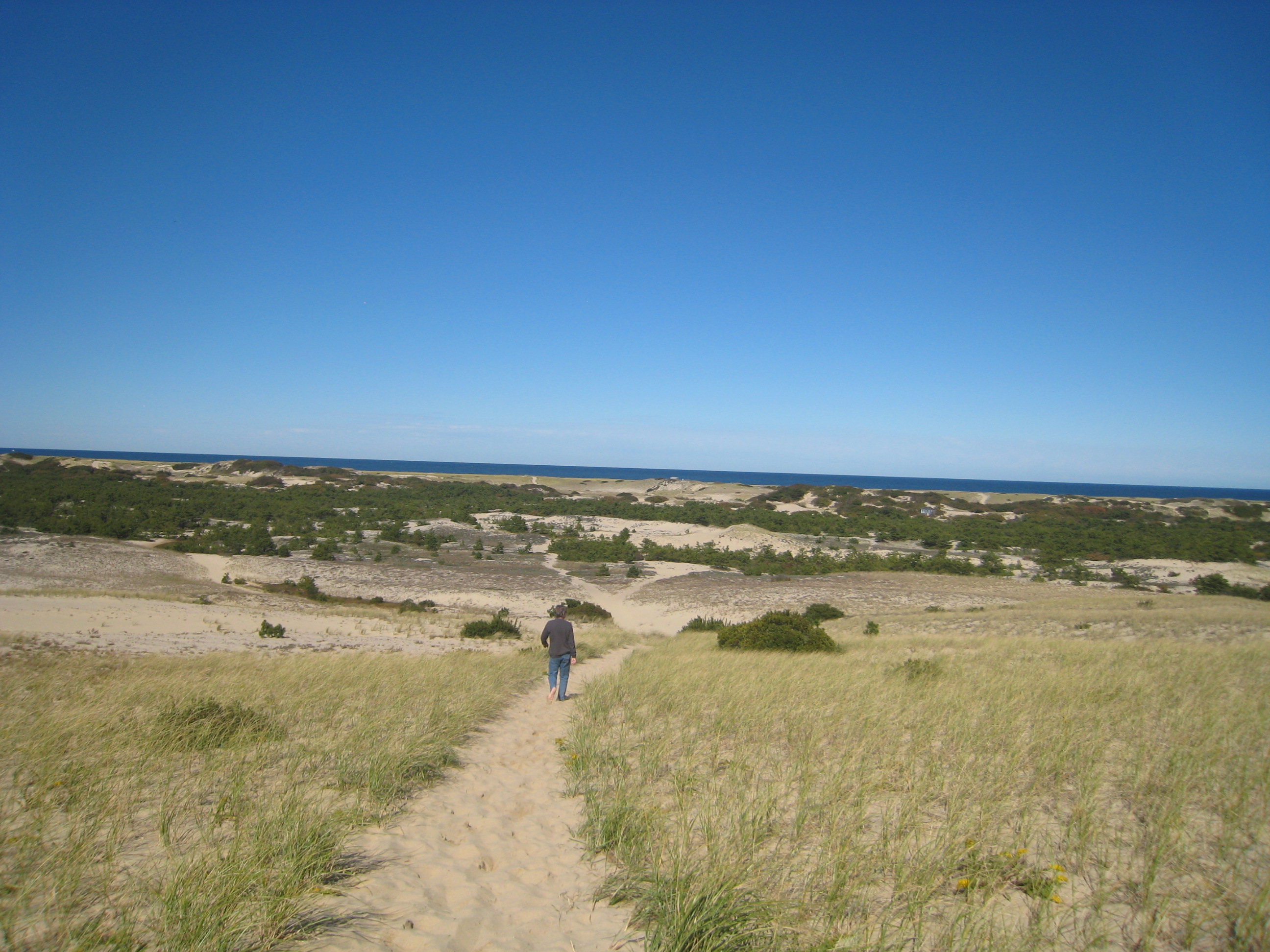 "A man can stand here and put all of America behind him." Henry David Thoreau 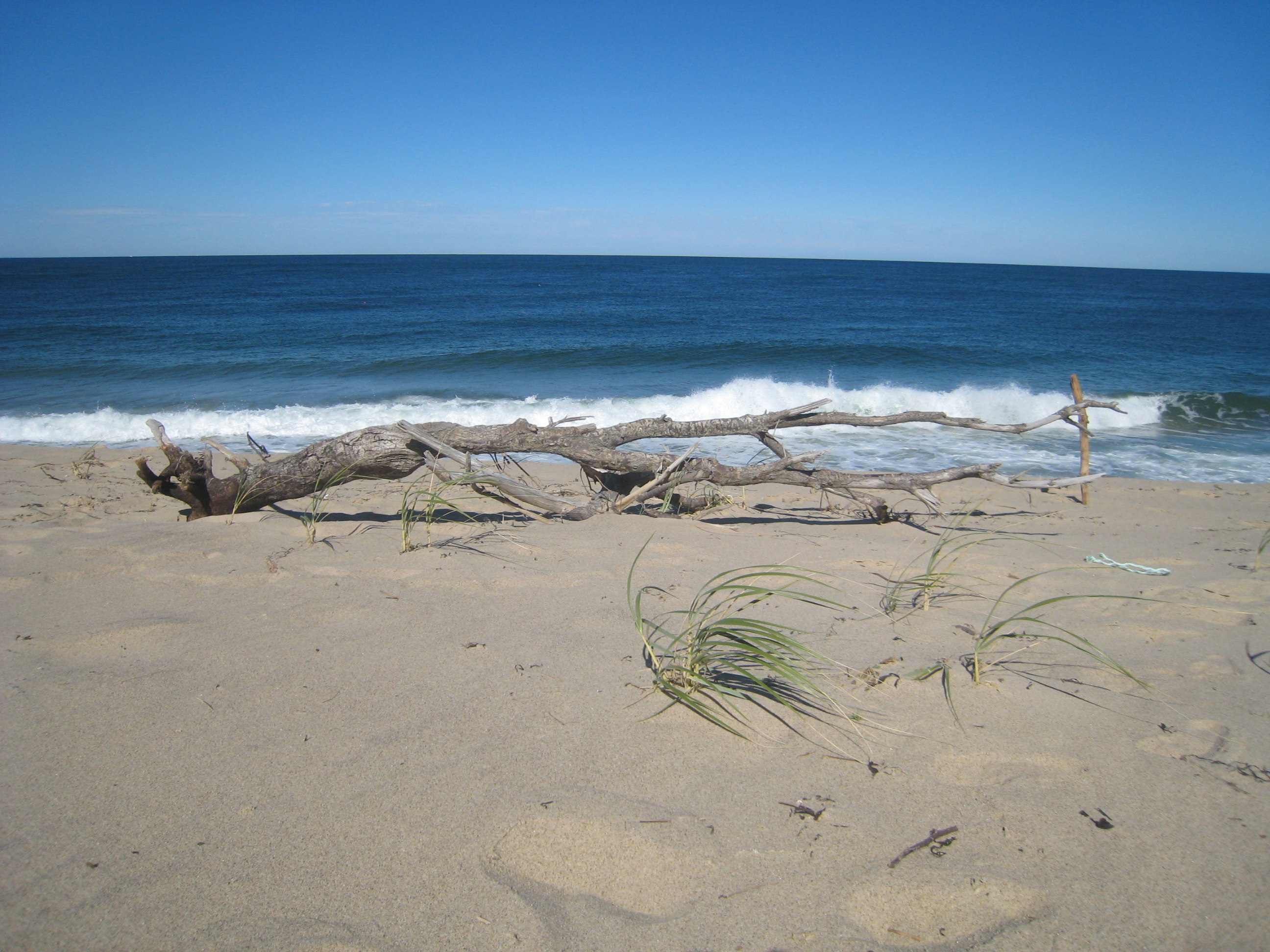 There are eighteen remaining dune shacks along the Cape Cod National Seashore.  It is a bit of a hike to get to them.  I suggest you leave your shoes at the beginning of the trail (which is all sand) and bring plenty of drinking water.  There is a vehicle tour available if you prefer, but to be fair to all of your senses I say hike it. 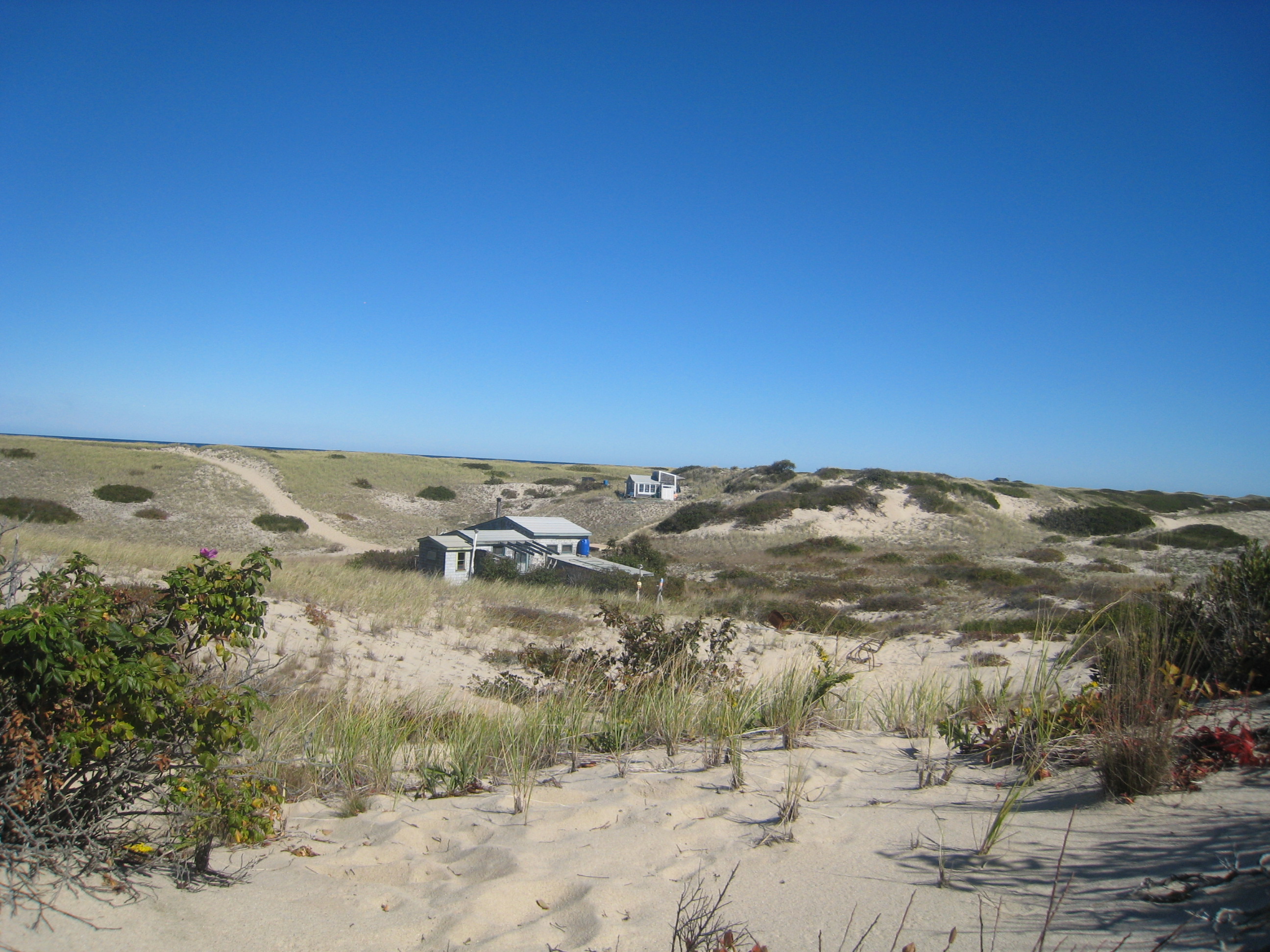 The dune shacks started out as homes for rescuers employed by the U.S. Life-saving Service in the 19th century.  If you are fortunate enough to spend some time here (temporary tenants are chosen by lottery), you will be joining the likes of Eugene O’Neil, Jack Kerouac, e.e. cummings, Norman Mailer and Jackson Pollack. 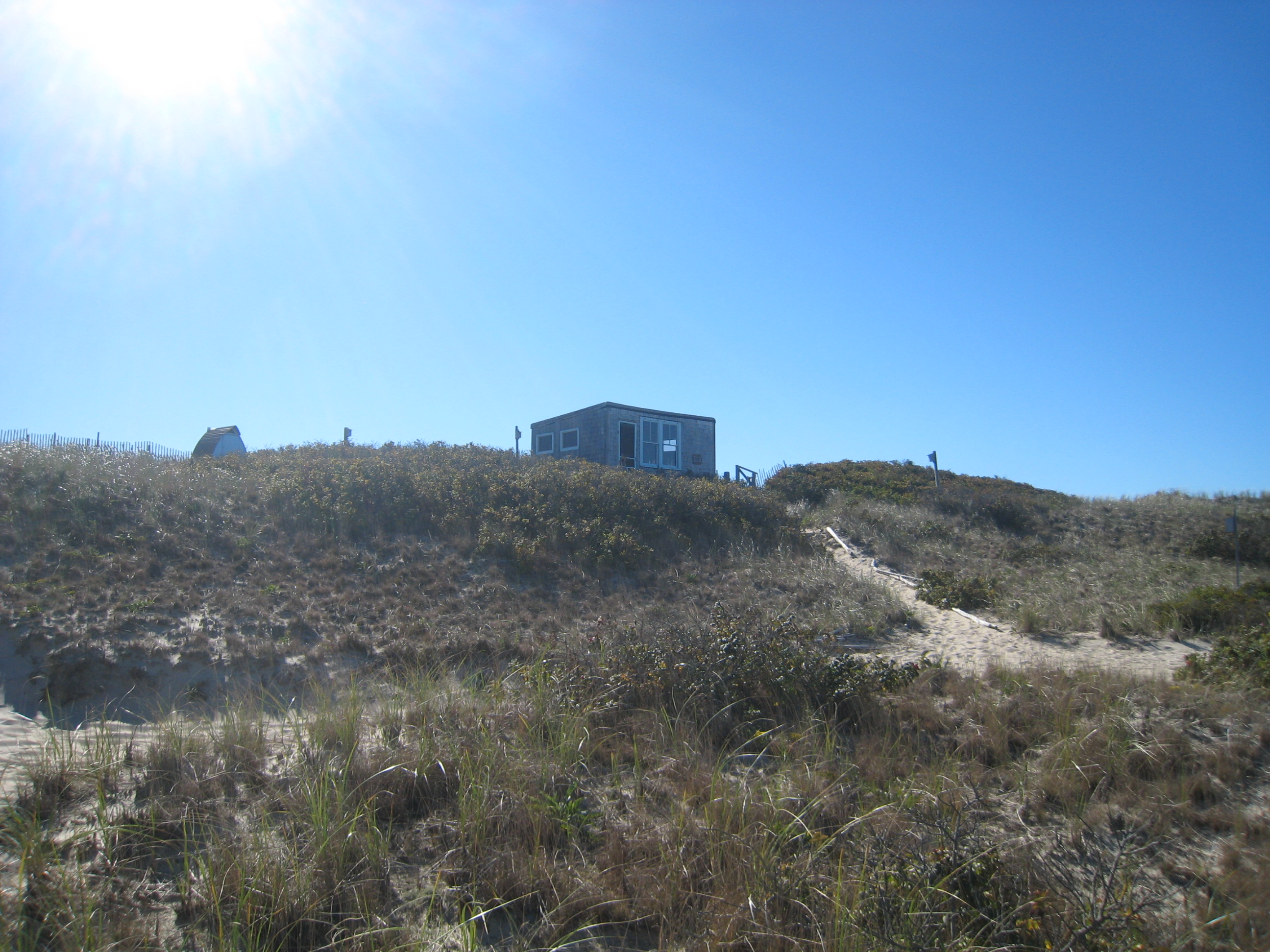 Afternoon on the Dunes 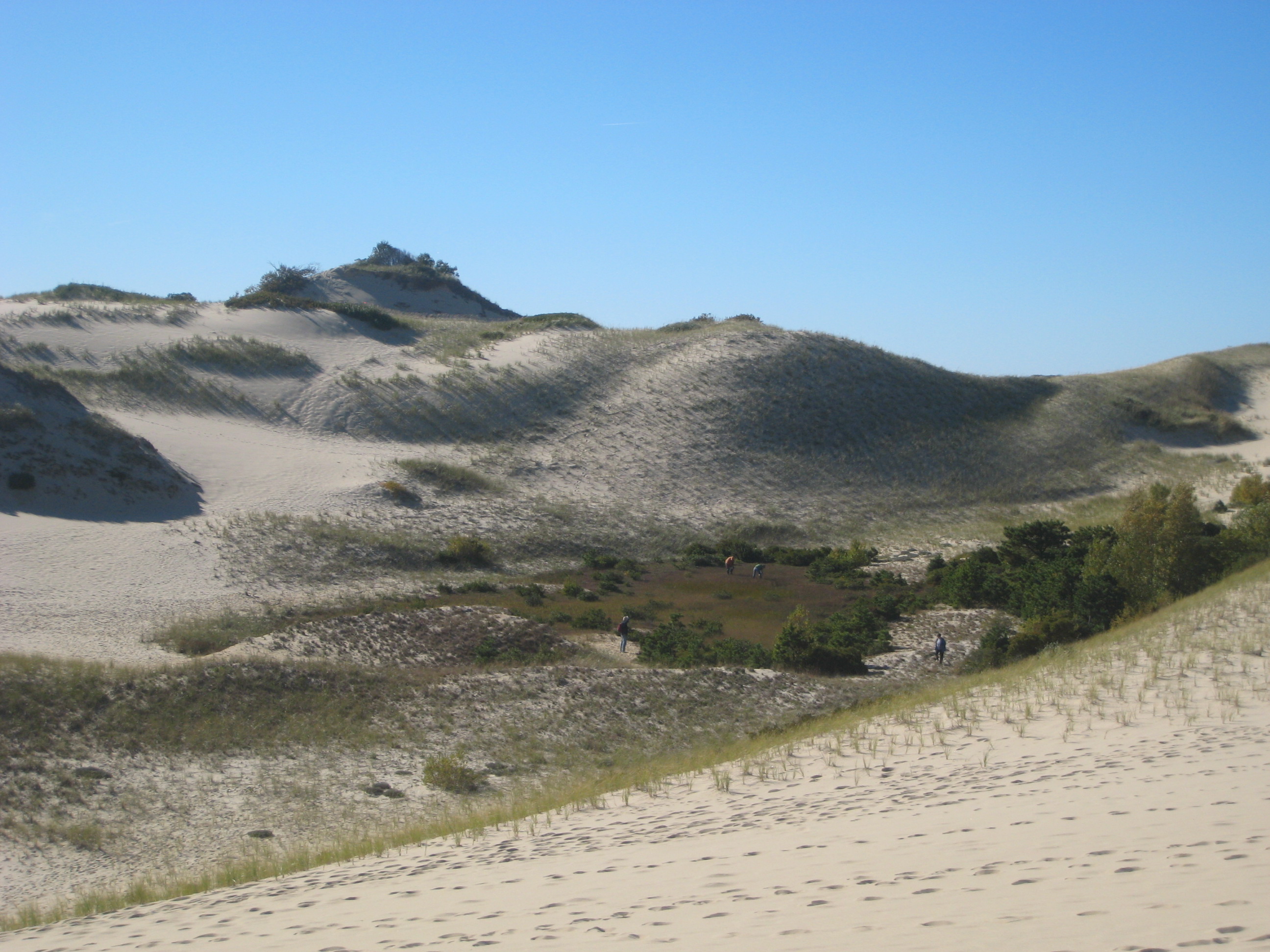 Of course, I would love to spend more time here.  There is a bit of controversy surrounding the shacks and their (in my opinion) rightful owners…thankfully they are on the National Register of Historic Places.  If I understand this correctly, this means they cannot be bulldozed.  Dear Powers That Be, please don’t bulldoze any more shacks.  And please don’t take this magical place away from those who have owned and loved these shacks for decades, if not generations.  Thanks. 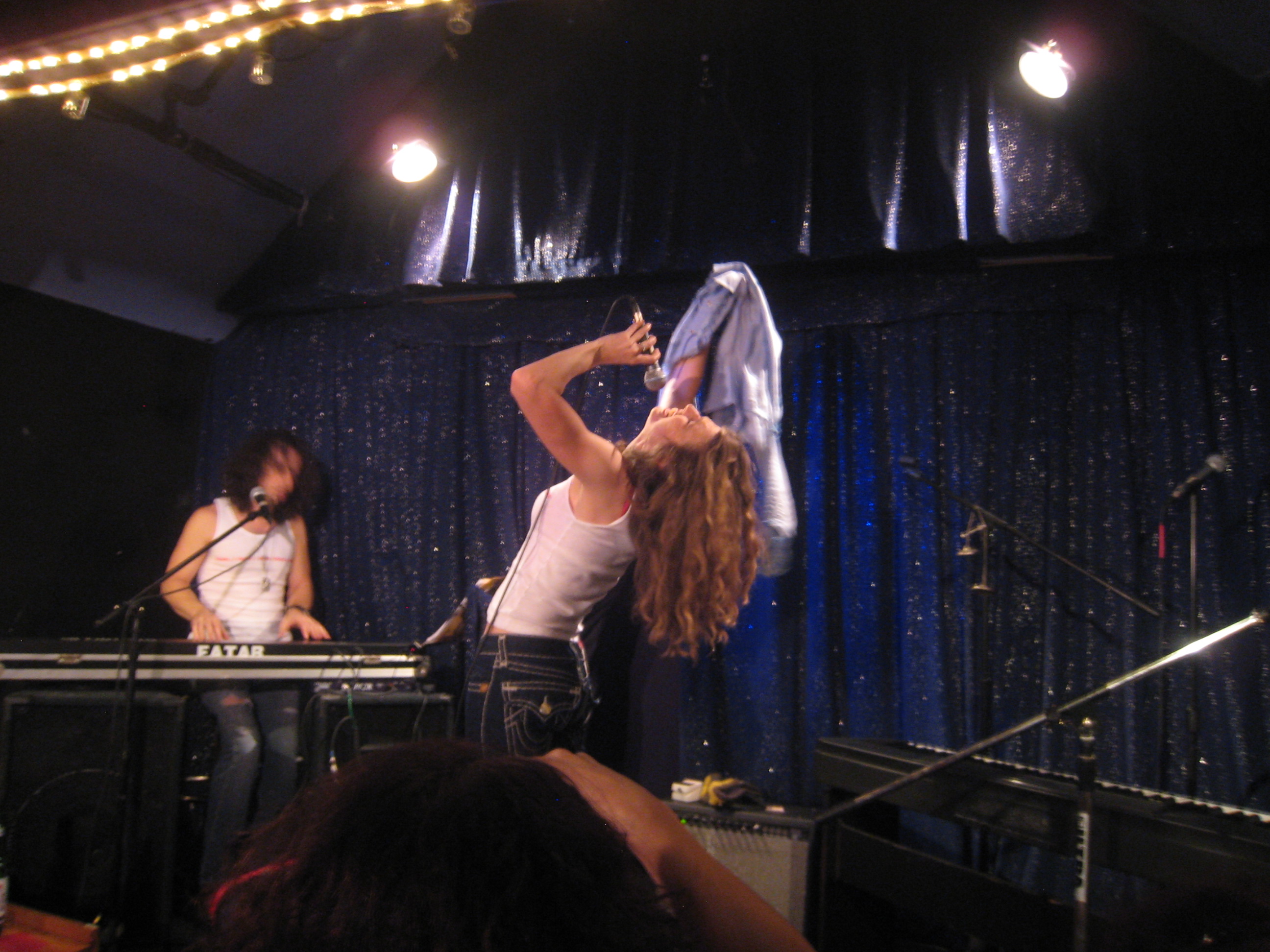 Sophie B Hawkins at the Post Office Cafe & Cabaret

Meanwhile, back on Commercial Street…would you believe I had the luck to be in P-town during Women’s Week?  No, I am not a lesbian, but nobody seemed to mind.  There were tons of events going on.

It was such a pleasure to see Sophie B. Hawkins live.  After the show, I was lucky enough to chat with her a bit, buy a CD, and take pics of others with her.  Yes, I wish I had asked Paul to take a pic of me with her…don’t normally care about that kind of thing but I do LOVE her and now wish I had a pic! 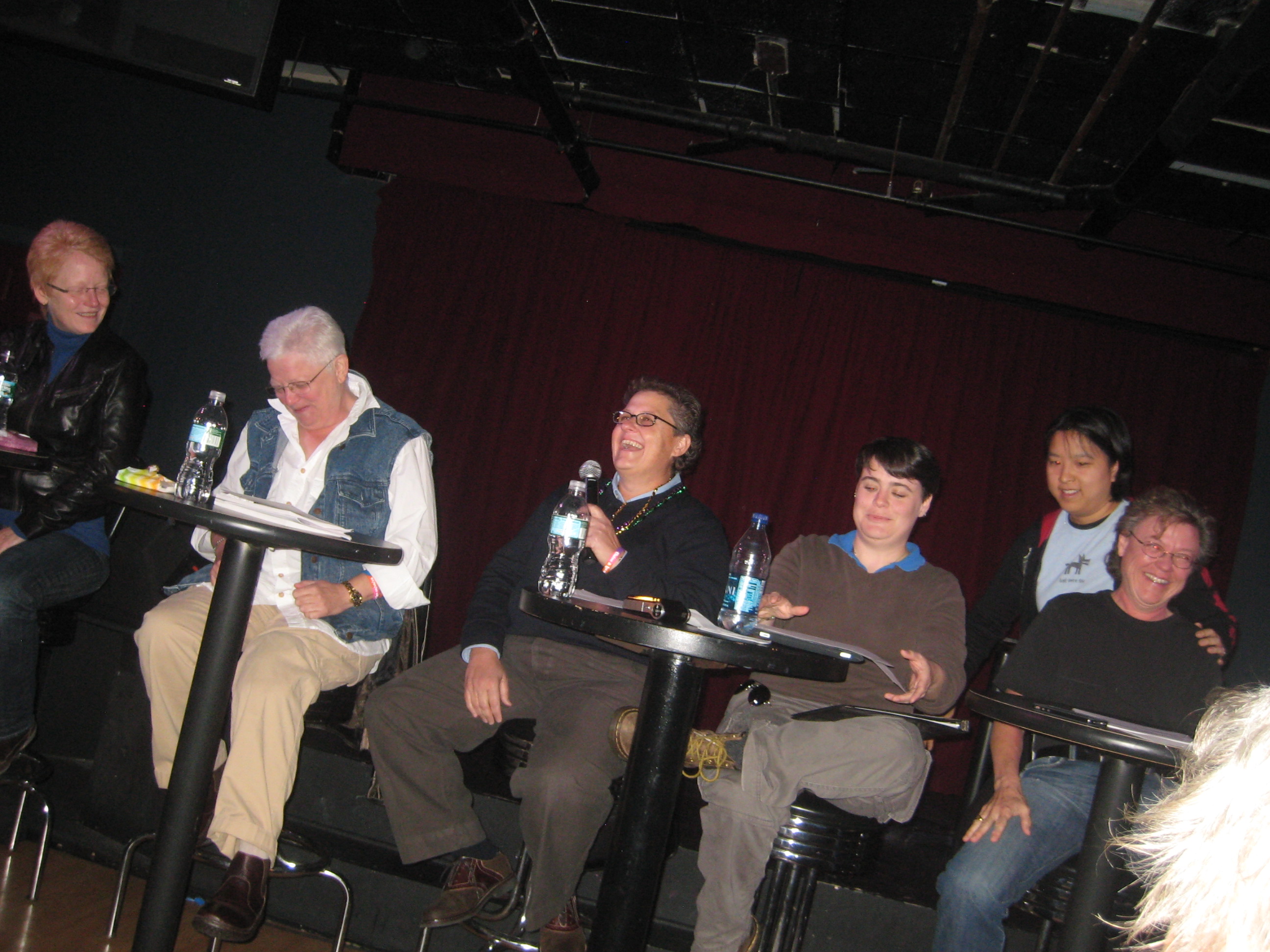 Every day during Women’s Week, there were readings and Q&A sessions at Vixen Night Club, followed by book signings at Now Voyager Bookstore and Gallery.  What a great group of women authors!  I purchased a couple of books and look forward to reading them now that we have settled in for the winter here on Signal Mountain (TN).  Thank you, Bold Strokes for putting on this great event!

Well.  Here I am, once more realizing that I am going on and on.  Apparently one isn’t to go on and on here in Blogsville…something about the waning attention span of the average reader.  That’s fine, because it is just about dinnertime.

Thank you for hanging out with me….I blog for comments, so feel free to leave one.  As an added bonus, each comment you leave between now and December 1, 2010 enters you into my latest prize drawing : )