An Overnight in Eugene and Two in Downtown Portland

We only had one night in Eugene, which was a bit of a disappointment, but one night is better than none, right?  Paul chose this lovely Victorian B&B, and we were able to walk or take the bus everywhere.  It kind of felt like we were missing out on something – I meant to contact friends beforehand regarding where to go for fun but didn’t, and the businesses were almost deserted owing to Labor Day Weekend.  I wandered 5th Street Public Market for a bit while Paul had a pint or two down the street and we walked to a Thai restaurant around the corner from the B&B for dinner.

Our waiter, Gabriel at Ring of Fire was friendly and the food and drink was delicious.   Because it was a slower night than usual, we were able to chat a bit with him, and he kindly took the time to recommend a few of his local favorites: The Kiva for their rice pudding and Chocolove selection (btw, Cherries and Almonds in Dark Chocolate is my favorite too, Gabriel), the David Minor Theater for “If a Tree Falls”, Sweet Life Patisserie for the custard eclair and Tiramisu, and Hendricks Park for the rhododendron garden.

We didn’t make any of those places (opted for the tub, wine, and bed instead) but I am grateful for this info and plan on going back to get a better feel for Eugene, a town that is beloved by a few favorite friends of mine. 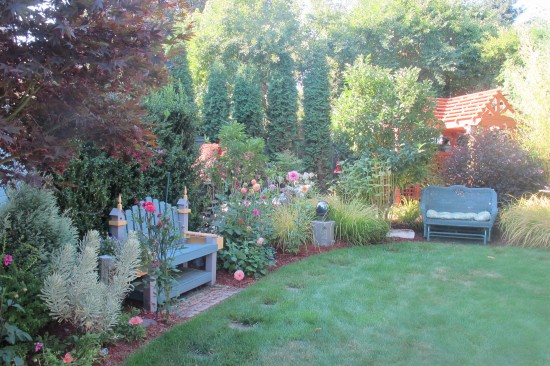 The backyard at C’est La Vie is absolutely gorgeous and we enjoyed a bottle of red and some cheese outside before bed…comme c’est romantique! The model railroad is charming as well (see above).  There are several cats that stay in the Innkeeper’s quarters and have their own outside playground that looks much like a custom chicken coop (sorry I didn’t get a picture as it was pretty impressive).  I think they may be a wee bit spoiled.

Driving Back to Portland ~ Pull Over Here, Paul!

The drive back to Portland was lovely…although we weren’t quite home yet.  We spent a couple more nights on the road, this time at Hotel Monaco in Downtown Portland.  This was because I had a new job (I say “had” because I have since quit.  Come to find out “job” was a bit of an exaggeration as that would actually entail a “paycheck”).  Anyway…moving along…

I tried to get Paul to pose for the camera in one of these beauties but no way, no how was that to happen, not even after a few pints at Bailey’s Taproom.  Party pooper.   We met a cool couple at Bailey’s (she is in the band Eisley, he builds custom guitars), and Silas Weir Mitchell just happened to be reading a script at the table behind us.  I actually had the pleasure of being an extra on the set of GRIMM recently and was really bummed that he was not there that day as he plays my favorite character, Monroe.  Mr. Mitchell was also at a Live Wire show at The Alberta Rose Theatre that my friend Michelle and I attended a couple months later.  Fate?  I think not, says the crazed fan. 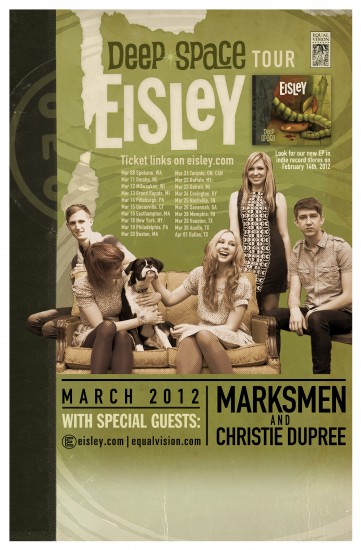 Do you have favorite Eugene haunts?  If so, please share with us in the comments section.  We will get back soon. Oh, and Bend.  We haven’t been to Bend yet, but it is hight on the list, so if you have any Bend suggestions, we would love to hear them as well…